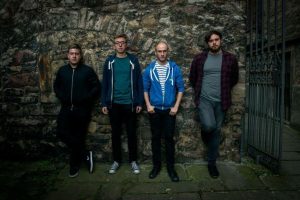 Academy Strangers are an explosive 4-piece alternative rock band based in Edinburgh.
Playing music together since 2012, they bring an energetic live performance, powerful riffs and catchy lyrics to the music scene.

In their time, they have played alongside some massive Scottish acts such as Fatherson and Frightened Rabbit as well as playing Liverpool Sound City in 2014.

Their influences include Biffy Clyro, Frightened Rabbit and Twin Atlantic.

Find them online at: