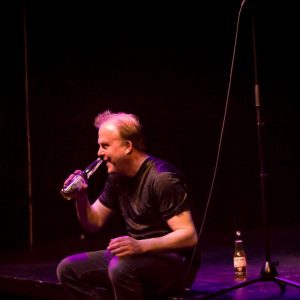 Obie has been a regular on the Scottish comedy circuit for 12 years. He has performed as a headliner, opener, compere and support act in most of the comedy clubs in Scotland including The Stand, Highlights, The State Bar, The Beehive, The Halt Bar, Breakneck Comedy, Just Laugh, and many more.

Last year Obie worked as a warm up for the BBC for childrens show Ultimate sports day.

This year Obie is off to perform his first three week run at the Melbourne Comedy festival.

Obie also had the pleasure of performing at the Wickerman Music festival for the past four years.

What Have I won: Scottish Comedian of The year finalist 2006, Car Crash Comedy Winner Feb 2010, The Woody Allan act of the night Award from Enterteasement Variety night.

Produced and performed in 9 shows at the Edinburgh and Glasgow comedy festivals.