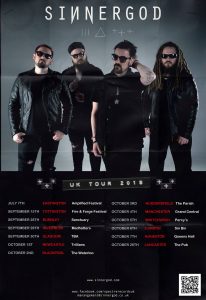 Sinnergod are a Goth/Alternative Metal band hailing from Manchester, UK.
Formed by Twin brothers Mark and Chris Hampson in 2007, with the aim to create a band that would create a layered wall of sound consisting of guitar driven riffs and symphonic keyboards.

Sinnergod have built a loyal fan base throughout the United Kingdom following a full UK Tour with Blaze Bayley (ex Iron Maiden) and support slots with artist such as The Misfits, Bam Margera, Eso, The Defiled, Deathstars, Sarah Jezebel Deva from Cradle Of Filth, Voodoo Six and KMFDM as well as Festival Appearances at Bloodstock Open Air Festival and Dark-Cide-Fest. In October 2012 the band released their first ever Music video which featured ex Iron Maiden singer Blaze Bayley and hit 10,000 views on YouTube in the first 2 weeks. 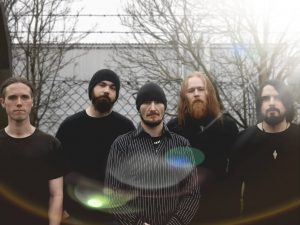 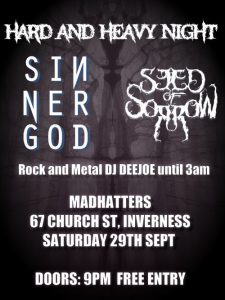