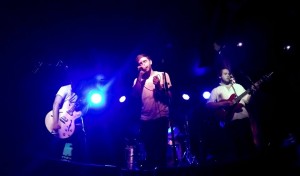 Yossarian have just come out of the studio after recording their second crowd-funded album and are touring Europe this summer. Their recent appearance at Field Day Festival in London drew critical acclaim for their ‘sky-scraping epic sound’, and the band will be showcasing their music around the UK, Portugal, Spain and Australia to promote their new album “Light up My Head”. A solid fanbase in Madrid has secured them a headline slot at the Frinje Festival in the Spanish capital this July.

In 2013, Yossarian’s loyal fans helped the band to fund and release its first crowd-funded album, ‘The Little We Know’. Their debut album earned praised for its diverse song-writing style, with songs such as the lyrically profound ‘God Gamble’ and rock anthem ‘Arrow part 1’ featured on Spanish television and a feature film. The influence of Pink Floyd and The National bears a mark on their compositions, which becomes evident in singer Ash Spencer’s baritone vocals and the band’s ability to tackle complex themes with richly layered, building melodies. 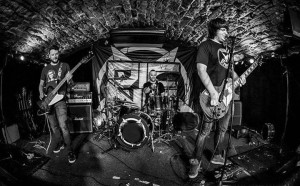 ” Rabbit Punch’s music flits between the riff-friendly classic rock and the more politically charged punk music. There’s even elements of prog – the songs played at the Ironworks showcase changes in speed and time signature – but they’re at their best when they’re angry. They’re one to watch, definitely”
www.whatson-north.co.uk