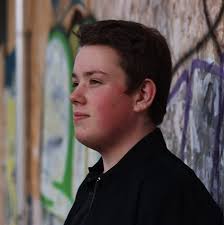 Steeped in the folk music of the Shetland Islands from a young age, Arthur was brought up in a house where traditional music was on the menu everyday!
He showed interest from an early age and at 7 took his first fiddle lesson. Upon starting secondary school Arthur was offered a place at the prestigious ‘Aberdeen City Music School’ where he studied fiddle and piano. It was during his time at ‘ACMS’, through bands like ‘La Bottine Souriante’, ‘Le Vent du Nord’, ‘De Temps Antan’ that he would realise his calling for Quebecois traditional music.

Arthur has made big inroads in his first two years. An in demand session musician both for his skills as an accompanist and as a fiddler,