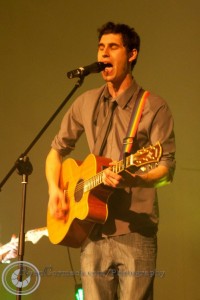 “Craig Roberston is a young Singer/Songwriter based in Inverness who is a regular at prominent music festivals whether as part of a band or as a solo performer, he has performed at such Events as Rockness, Belladrum, Go North, Wickerman etc.

As a talented musician/guitarist Craig is also gaining respect for his original song writing abilities but adapts his material to the audience in front of him or to the type of venue he is performing in.

An engaging and honed performer with an increasingly growing fan base Craig Robertson is definitely one too watch!”